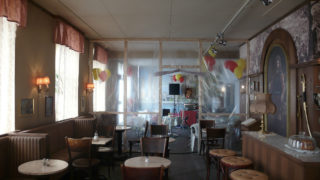 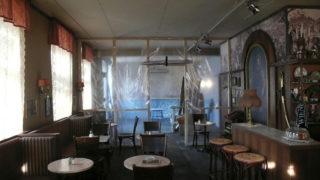 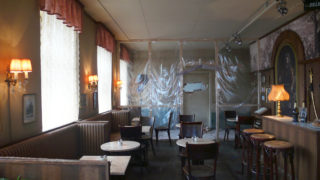 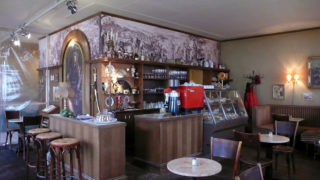 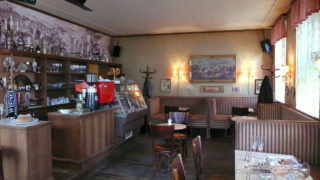 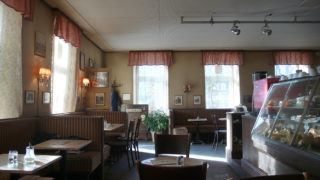 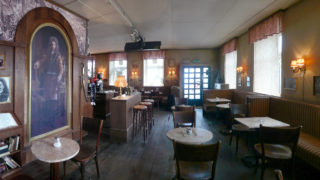 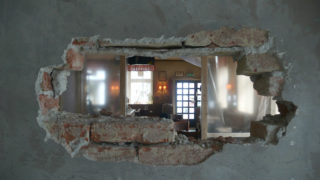 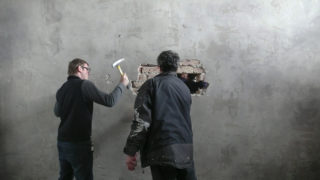 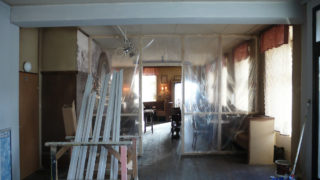 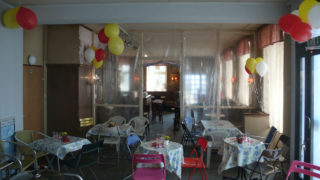 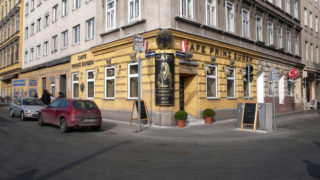 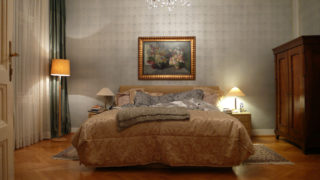 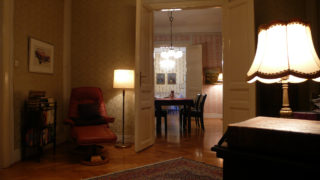 This is the story about an old Viennese coffeehouse, the Café Prinz Eugen which is the last Austrian bastion at the Brunnenmarkt: The area around the market was a very cheap and neglected part of Vienna, which is why a lot of immigrants settled there, most of them being Turkish. Many shops and most of the market show now a lively mix of different cultures, the lesser of them being “Austrian” ;)

But our old coffeehouse tries hard to withstand this invasion, it’s owner even wants to expand: A wall is supposed to fall, but suddenly a hole is being made from it’s other side: A Turkish man bought the whole house and he wants to make a Turkish restaurant of it …

It was quite hard to find a location for this: We needed a space with 2 entrances next to a market, that would let us work there for minimum 6 weeks. And they had to accept that we completely change their interior and exterior, as the coffeehouse was created from scratch: we built all the bar + furniture, we got curtains made, lamps from Munich, and even tables painted to fit our colour scheme. Also it’s surrounding was completely “turkyfied”, with market stands and lots of Turkish signs.