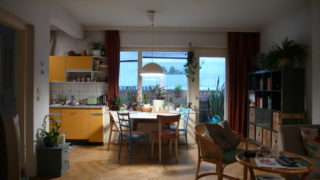 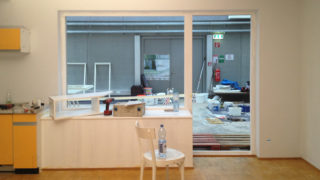 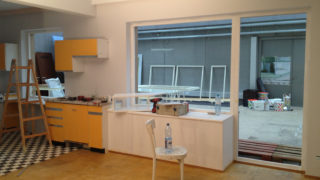 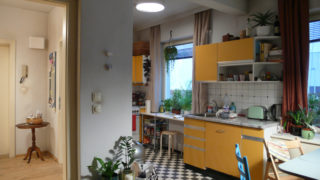 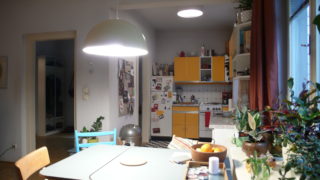 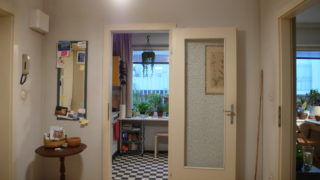 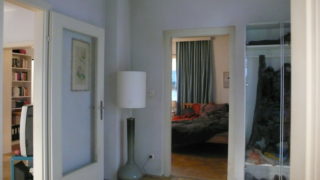 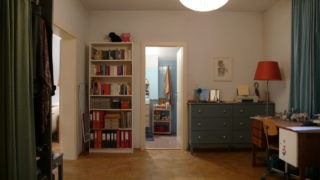 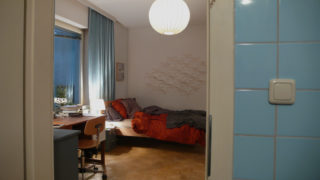 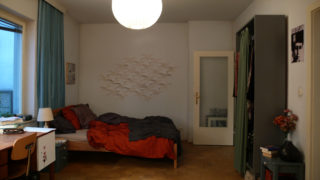 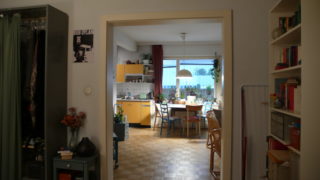 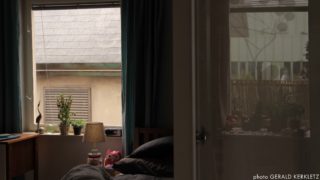 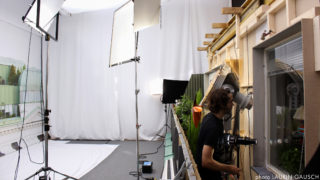 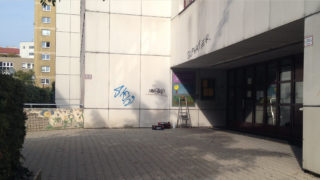 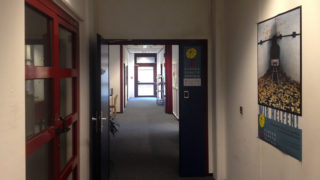 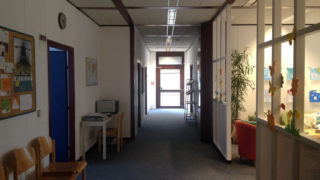 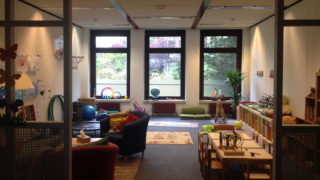 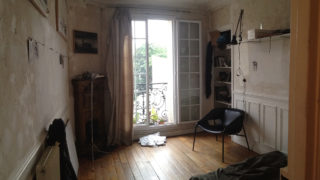 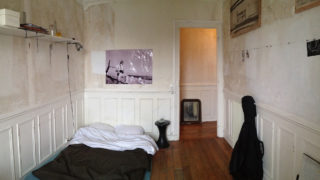 The film starts in Paris where Hanna falls in love, and continues in Vienna where the plot evolves with Hanna and her emotions. I developed a color and plant growth scheme, that would reflect Hanna’s interior doubts: The longer we follow her through the story, the sets have less and less color, and the plants become bigger and disturbing. Warm autumn colors slowly turn into novembery grey. This was coordinated with the dop’s lighting scheme.

Hanna’s apartment plays a very vital role, and it was quickly evident, that we would build it in a studio. I developed an almost labyrinthic layout which allowed many different ways of circulating and various perspectives, as every room led to 3 others. The tricky part was to inscribe this apartment into an existing apartment building, where we shot in the staircase, in the elevator, on the landing and on the balcony!

– servus TV lichtspiele 06.2013 | szenenbild –
(g) a video interview about my work as prodution designer for Ma Folie, shot in the studio set of Hanna’s apartment