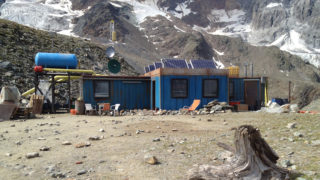 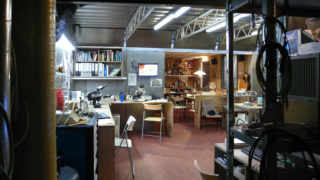 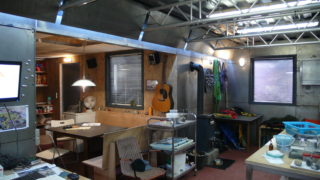 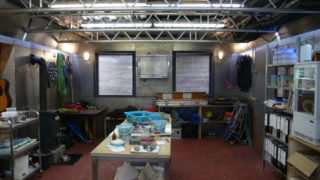 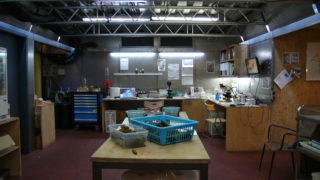 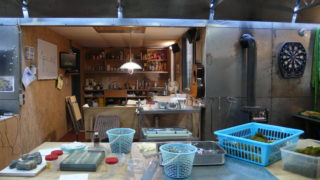 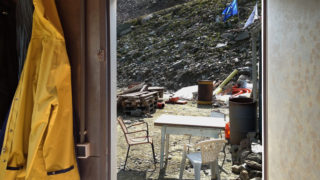 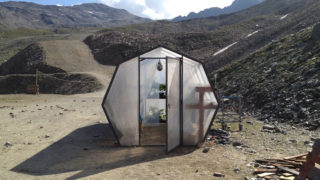 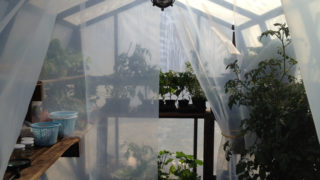 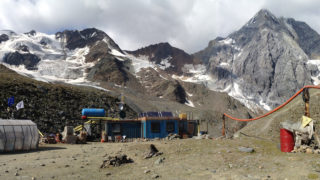 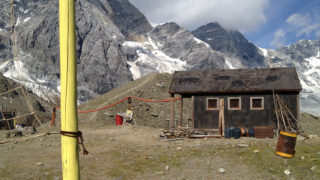 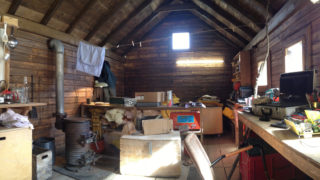 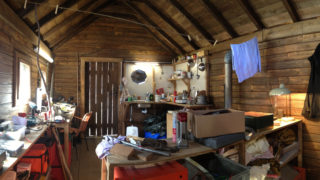 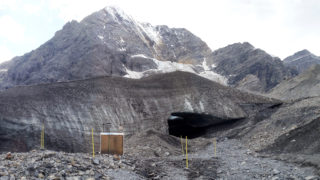 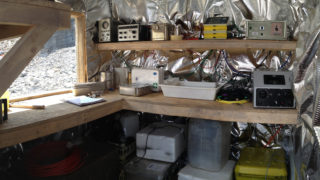 To work for this film was one of the biggest adventures of my life. The main set – the station – was at an altitude of 2700m: We had to completely build it, as at the end the whole thing burns down. The location could only be reached by cable car + hiking, by special four-wheel driven cars or by helicopter. Getting up and down the mountain cost the crew 2 hours per day, wind and weather were a constant thrill. This is why we chose to build the interior of the main station building in a *studio* (the local tennis hall).

The time for preparing and shooting was extremely short, as snow only melts away in July and comes back again in September. To deal with all these constraints I set up 2 distinct construction crews: South Tirol craftsman were to deal with pre-constructing, transporting and assembling the sets, experienced set builders were responsible for all the decorative parts. We pre-built everything next to our studio and then flew it up in parts to be assembled on the mountain. Transporting it up with a heli was way cheaper than to organize a special truck that could do the same job in 1,5 days, and we were much quicker too – everything was up there in 2 hours. Oh, and of course I got to fly :)

Building all sets means a lot of freedom but also responsibility for the production designer. Basically I created the whole film world, all the existing colors, all materiality. To set up a color scheme it took me a while to find good inspiration … and I finally stumbled onto photos of sick organs. For me the way their colors alter due to their disease corresponded with the state of the world in our film: sick and dying.